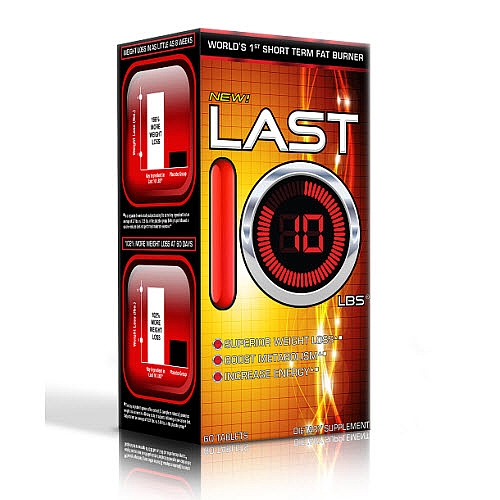 Will the Last 10lbs fat burner work and ultimately get us shredded?

This does stand out from the crowd but ultimately I think it is because the packaging is so busy, I cannot help but think that it looks too forced. It also looks quite dated, from an era when supplements were seen as a bit edgy and certainly not in the mainstream as they are today.

READ: See What The Best Fat Burner Is

Green Coffee – Evidence from research has indicated that the consumption of caffeinated coffee can lead to some reductions in long-term weight gain, an effect which is likely to be due to the known thermogenic effects of caffeine intake.

Caffeine Anhydrous – The purest form of caffeine available. This compliments the green tea and coffee plus the thermogenic effects of cayenne pepper. It stimulates the central nervous system (CNS), heart, muscles, and the centers that control blood pressure to give you an extra boost and hit that PB.

Elderberry – Contains flavonoids, which have antioxidant properties and may help prevent damage to the body’s cells. However, if unprepared correctly they can be poisonous.

Cinnamon Bark – Lost of claimed uses and supposedly good for yeast infections but nothing worthy of any proof that it helps fat loss or weight management.

Green coffee bean and caffeine are great inclusions and are found in the best fat burning supplement on the market today. This though is where the party ends.

There is much less caffeine and green coffee bean than in the best fat burner on the market.

Plus it has a ridiculously low combined mass of ingredients per day, not only that if we are talking about combined, this is a proprietary blend. If you are unsure what a proprietary blend is it is when  a manufacturer hides the actual content of each individual ingredients listed. It could mean there are only trace amounts and the rest consisting of filler or that the cheapest ingredient makes up the bulk and the more expensive one’s are barely registering.

As I suspected, this is not a great product. There’s a bit of respect for the caffeine and green coffee but after that the respect diminishes, quickly.

A proprietary blend us not useful or trustworthy and to include ingredients that do nothing for fat loss and in one case maybe poisonous this is a product which we will give a wide berth.

This is nowhere near the heady levels of the #1 fat burner on the market today.

Best Fat Burner That ACTUALLY Gets You SHREDDED 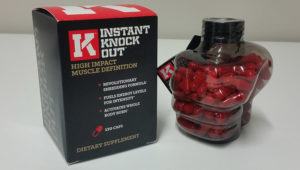 READ: Full Review. We Did Not Expect THIS.

Find out more or adjust your settings.

This website uses cookies so that we can provide you with the best user experience possible. Cookie information is stored in your browser and performs functions such as recognising you when you return to our website and helping our team to understand which sections of the website you find most interesting and useful.

Strictly Necessary Cookie should be enabled at all times so that we can save your preferences for cookie settings.

If you disable this cookie, we will not be able to save your preferences. This means that every time you visit this website you will need to enable or disable cookies again.